From 1st to 8th June 1916 the Battalion were again on the front line at Neuve Chapelle. Several men were wounded and Lieut W R Batty was evacuated with suspected endemic fever.

The images below are from sometime in the summer of 1916. 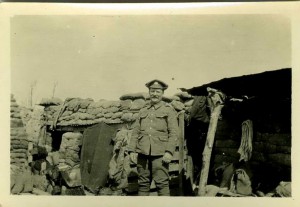