Charles joined the 1st Battalion in land-locked Bellary on 6th July 1895. On 26th August that year he became a Drummer. Not long after Charles arrived in Bellary, the Battalion moved further north to Secunderabad. At some point the following year they also visited Madras on the east coast of the country where the picture of Charles and the bugle (header above) was taken.

On 28th September 1897 Charles received a First Class Certificate in Education. Following this, on 13th April 1898, he was appointed private, quickly followed by promotion to Lance Corporal the following month (31st May 1898). Around this time Charles spent some time in the Wellington Depot, Nilgiris in the southern part of the country. 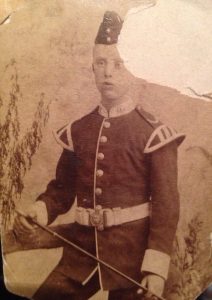 Charles wrote a letter to the Children’s Home in August 1898, Charles had been promoted to Lance Corporal a few months earlier in May. It appears Charles was a talented flute player and the Drums wanted to keep him with them rather than release him to ‘the ranks’. However, he was determined to progress his career and he used a networking approach to get what he wanted. 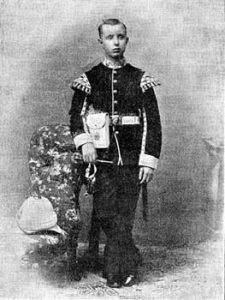 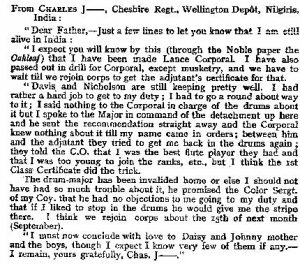 In January 1900 the Battalion moved once again, this time the long journey to Quetta. They travelled the nearly 3000km via Bombay where they boarded the veteran Clive steamer to Karachi, before heading north by train to Quetta on the border of Afghanistan. Here there was a background of hills and a hint of war in the proximity of the Afghan frontier. 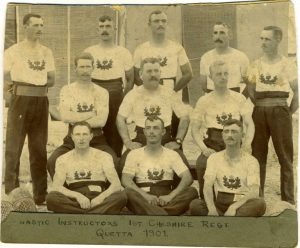 While in Quetta Charles qualified in Gymnastics and swordsmanship (First Class) on 2nd July 1900. It was here that he became a Gym Instructor and took part in various competitions, such as the Cross Country which his team won in 1902.

In 1903 they made the return journey to Bombay, before finally leaving on 21st October 1904 aboard HMS Soudan, arriving in Southampton on 15th November. 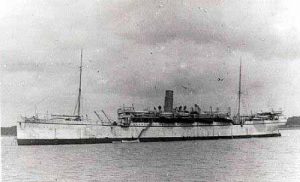 Faces from the ship: Using AI technology (Remini iPhone app) to breathe life into these soldiers from the early 20th Century. 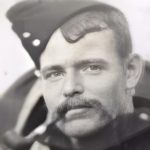 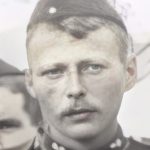 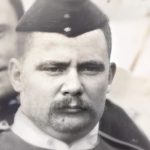 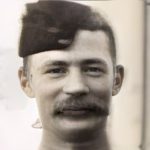 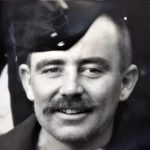 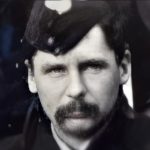 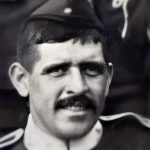 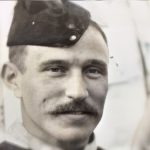 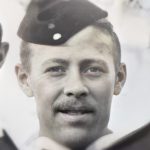 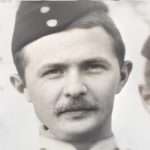 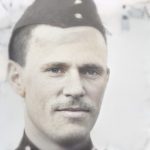 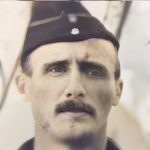 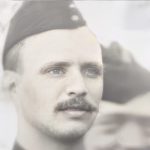 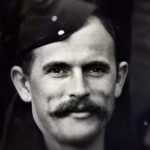 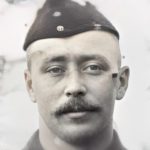 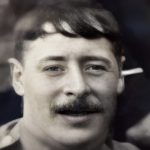 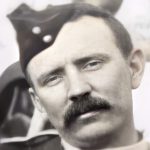 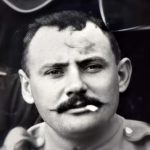 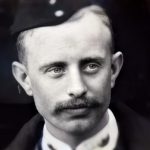 On landing in England, they immediately moved by train to Lichfield where Charles remained until late 1909.